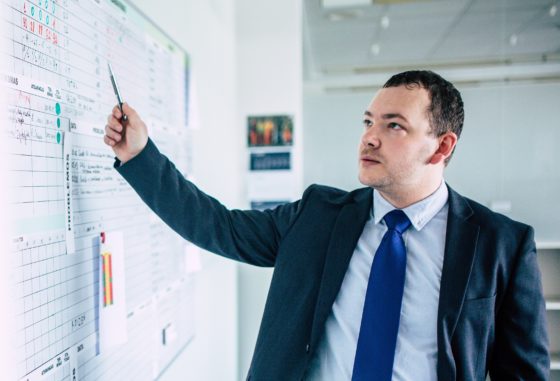 ŠIAULIAI, Lithuania – Based in Lithuania’s fourth largest city, Baltik Vairas celebrated its 70th anniversary end of 2018 with good financial results. “Fiscal year 2018 was a very good year for us,” said Baltik Vairas CEO Žilvinas Dubosas. “Our revenue increased by about 60 percent to just over 60 million euro while the number of bicycles assembled increased by 52 percent to 275,000 units.”

Baltik Vairas is one of the assemblers in North Eastern Europe who sees a growing number of brands looking for production in Europe, instead of Asia. It makes Zilvinas Dubosas positive for 2019.

“We have no doubt that 2019 will again be a very good year for Baltik Vairas, since our forecasts are based on firm long-term customer commitments’, said Baltik Vairas CEO Žilvinas Dubosas. “We have the capacity to increase our bicycle production continuously. Also, our export flows are unlikely to change. Last year we exported more than 99 percent of our output to markets in Western Europe.

We expect our revenue to expand to 75 million euros. On the other hand we will roll-out major investment schemes digitalization, IT systems, production and personnel management. Given the rapid growth of demand for electric bicycles, the we are focusing heavily on product innovation as well as production. Baltic Vairas manufactures not just traditional electric bicycles with front-hub, rear-hub and mid-drive motors, but also speed pedelecs. Last year we increased our e-bike production already by 60 percent while for 2019 we expects another doubling of our e-bike output. To reach our production goals we are preparing to add a new assembly line.”

Three years ago, the company began to implement the management system ‘Lean’. This has been developed at the Toyota Corporation and spread throughout the world. First of all, it comes with the standardization of work at the assembly lines and the introduction of 5S and Kaizen practices. Experts consider Baltik Vairas as one of the companies in Lithuania that has best visualized its processes and organized the workspaces. In the past three years since the Lean implementation started the employees have submitted more than a thousand suggestions for improving workspaces, processes and safety.

“We formed a new management team, called the Baltik Vairas dream team, three years ago with professionals who gained their experience outside the bicycle industry. They all contributed their knowledge and best practices. Noting was taboo. For achieving ambitious results, it helped that we fully trusted each other and implemented even the most daring of ideas,” Žilvinas Dubosas recalls. “One example of learning from other industries was the introduction of digital project management software. To speed up our deliveries on the R&D side, we learned to approach bike development on a project management basis, linking all the departments together with a common goal, pre-agreed milestones and mutual support for each other in meeting deadlines,” he says. “Furthermore, the management team takes confidence that the strategic decision to focus purely on OEM production is paying off, confirmed by the rapid growth figures.”

Meanwhile, all production lines were digitalized and digital screens were installed in more than 80 percent of workspaces. These screens show new employees training videos about the assembly of different bicycle models. For more experienced people, the videos give instructions on the most efficient assembly techniques. “This solution raised the productivity of new employees by a full 20 percent,” says Žilvinas Dubosas. “Having identified the reasons for incidents of downtime and significantly shortened them, some models are now assembled in only 62 seconds.” Dubosas notes that since starting with Lean, the number of employees needed to service an assembly line has fallen by a tenth and the speed of the lines themselves has increased by nearly a sixth. “Which means the output increased by 15 percent with 10 percent less people.” The company currently employs about 500 people, with staff size rising to 600 people during seasonal peaks.

“One of our company’s priorities is ongoing improvement of product development process from an idea to a real product you can ride,” Žilvinas Dubosas says. “While development used to take almost a year, the process has been shortened to six months. And in 2019, with new technologies including virtual 3D simulation and 3D printing, we expect to reduce that time frame by another one-third.” Baltik Vairas has also solved the problem of seasonality. Previously, production volumes at peak and non-peak months differed by no less than 250 percent. In the first quarter of the current fiscal year, which started on October 1, 2018, output increased by an impressive 107 percent from the same period in 2017. “We have calculated that will result in an overall revenue growth of at least 25 percent at the end of this fiscal year.”

The introduction of ‘Lean’ resulted in a top-5 ranking in an ‘Industry 4.0’ competition organized by the German Chamber of Commerce and was presented together with the ‘2017 Lithuanian Export Prize’ by the Association of Lithuanian Chambers of Commerce, Industry and Crafts.